Amending claim is no block to damages request 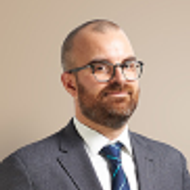 The Court of Milan has stated that when an infringed patent is amended, damages will be incurred from the date that the infringement started, even if it occurred before the amendment.

Legislative Decree 131/2010 has amended Article 79(3) of the Industrial Property Code, giving applicants the option of amending claims in every state and instance of an invalidity judgment.

In an invalidity judgment, the applicant of the patent has the possibility to present to the Judge, in every state and instance of the lawsuit, a reformulation of the claims, which should remain within the limits of the patent application as originally filed and should not extend the protection conferred by the granted patent.

This gives applicants the opportunity to amend claims by using the content of other claims, description or figures. In doing so, the reformulated claim must respect two limits, which are to:

The Court of Milan on damages

The applicant had requested a reformulation of its claims using language present in the description. The court accepted this, concluding that the alterations were within the limits of the application as originally filed and did not extend the protection conferred by the granted patent. Further, the court found that the patent had been infringed.

However, assessing the damages posed a problem. Should they be calculated from when the infringement started or from the date that the claims were reformulated?

The court concluded that there was no reason to consider that the infringement had started when the claims were reformulated and that damages were due from then onwards. It stated instead that the reformulation offered an alternative embodiment of what had already been claimed in the original version of the patent.

The defendants could not have been unaware of the possible implications of this patent, had they examined it carefully, given that the text of the description did not exclude in any way this alternative—but rather explicitly included it among those possible. Nor, from any other element, it could be inferred that the intention of the patent holder was to knowingly exclude the protection of this solution, or place it beyond the scope of the claims.

Some lessons from the decision

The decision also confirms that the description is of central importance in a patent – both for the applicant and for potential infringers. It offers implicit suggestions to applicants about possible strategies for drafting claims. For a potential infringer, the decision suggests that it is always advisable to consider the description rather than the claims alone. What has not been originally claimed can be claimed in the future. Even if the patent claims appear to be neither novel nor inventive, they could still be limited in the future by using the description.

Ultimately, the lesson is that when assessing infringement, looking at the claims only is not enough. The whole patent must be considered.