15th January - Patent law changes in US mean there are potentially billions of dollars of write-downs on public company balance sheets, says Spangenberg

7th April - IPXI demise caused by a US patent system that offers no incentive for good-faith licensing, says exchange's CEO

17th May - The PPP may be great news for Google, but less good for the blood pressures of its patent team members

19th May - There is nothing wrong with privateering; patent owners are entitled to maximise the value of their assets

28th April - “Bring us your tired, your poor, your huddled masses of patents,” Google tells the market

24th March - InterDigital reveals that, like Qualcomm, it is reworking relationship with IEEE after introduction of new patent policy

30th March - No ifs, no buts - it is time to shine a bright and permanent light on the full workings of the EPO 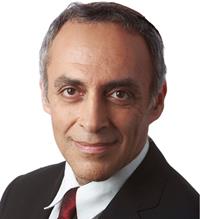