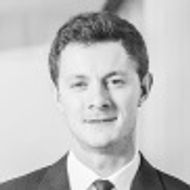 AI is revolutionising every aspect of our lives, from how we order food to how new drugs are developed. With companies from all sectors investing in AI-related technology at breakneck speed, an ongoing question is how innovators can protect their inventions.

The current situation in the United States presents uncertainties when it comes to patenting AI-related technology, following the Supreme Court’s decision in Alice Corp v CLS Bank, while the law covering other aspects of AI is equally complex. In the United Kingdom, protecting AI-related technology involves a range of considerations, from EPO case law relating to computer-implemented inventions, to UK domestic laws involving other forms of protection such as copyright and trade secrets. With innovation currently outpacing the law, where does this leave innovators? This article uses a hypothetical example to shed some light on the landscape.

In this hypothetical example, DogAI is a small European company that produces a product called the Ruffcam, which has been selling very well since its launch six months ago. The Ruffcam is a webcam device which, when sensing that a dog is stressed, plays recordings of the owner’s voice to alleviate the dog’s stress. DogAI spent three years developing the product. This process consisted of:

DogAI’s head researcher left the company a few months after the Ruffcam’s launch to join a European competitor called CotBot. CotBot had previously specialised in baby monitors but, within a month of the head researcher’s employment there, CotBot had produced a webcam device for dog owners, which was extremely similar to the Ruffcam.  DogAI believe its trained neural network, training method or database must have been used to produce such a similar product so quickly.

The question is: could patents have helped protect DogAI’s invention?

Could aspects of Ruffcam have been patented?

In order to assess Ruffcam’s patentability, it is essential to first consider the stages of the development process:

Next, existing prior art must be considered, for this might have an impact on the patentability of the processes. Research reveals that:

Crucially, if an application were specified, it is possible that processes two and three might be protectable. If, for example, the application of generating a neural network to predict an animal’s behaviour from a webcam were specified, or if an unusual database format or odd data conditioning were crucial to forming the neural network then the second process might be patentable. Similarly, if the application were again specified and the training were complex (by requiring very specific parameters) the third process may be patentable. The EPO updated its patent examination guidelines to highlight this crucial point that technical applications of AI may avoid the bar on patentability of mathematical methods (EPO Guidelines G-II, 3 3 1). However, assuming that this bar is overcome, since the same AI was trained in the second piece of prior art to predict behaviour from the seabird tracks, it is likely that the second and third processes would lack an inventive step unless the application is narrowly defined.

Process four is potentially patentable because the trained AI has a specific technical purpose based on a solution to a problem; in this case the purpose is that the Ruffcam only plays the recordings at appropriate times (when the dog is stressed), thereby providing a solution to the technical problem of how to reduce or minimise additional noise. While the technology is similar to that used in the Furbo, the Ruffcam also required the particular AI from the second prior art and use of OpenCV from the third prior art. At the EPO, an invention requiring a mosaic of three prior arts is more likely to be considered inventive and so the fourth process would potentially be patentable.

Enforcement – could DogAI have its day (in court)?

A general principle of trained AI operations is that the underlying trend ascertained from training data can be applied more broadly. Therefore, more training data and possibly another training method would likely have uncovered the same trend. It is therefore probable that deducing the input (or training) data or the training method, by analysis of the final AI product is practically impossible.

Then there is the issue of CotBot’s previous product; the baby monitor that foreshadowed a baby’s cry. Generally, an application must demonstrate an inventive step to secure approval at the EPO; this may have required DogAI to narrow its claims to a dog monitoring webcam. Whether the claim could cover baby monitoring under the doctrine of equivalents is uncertain.

While these challenges certainly hamper the prospect of enforcement, there may be other tools which DogAI has to its advantage. Promotional materials or instructions may simply admit to using claimed features, for example CotBot might advertise its product as the first baby monitor powered by a neural network.

Also, crucially, if it were possible to gain disclosure and review the development notes, it could be possible to find evidence of infringement if it existed. With these additional tools, patents may be a viable option, but they would not offer perfect protection in this scenario.

What about other forms of intellectual property?

Given the challenges of obtaining and enforcing these patents, it is worth considering other forms of intellectual property that could offer effective protection.

All four processes are likely protectable under these criteria, which are less exacting than the EPO’s patentability requirements. However, as with the patents, enforcement is likely to throw up challenges since it requires showing that the defendant is performing the trade secret.  Again, if a prima facie case can be established, then disclosure of the defendant’s development process in the course of litigation may provide crucial evidence.

There are five requirements to protect an innovation under copyright:

The key requirement is originality, which requires that the author was able to (and did) exercise creative choices while developing it. In light of these criteria, the second and third processes could be protectable as literary work, but the first and fourth processes, which are essentially routine, are unlikely to be protected due to lack of originality.  Again, the enforcement issues are likely to be similar to patents or trade secrets.

A collection of independent works, data or other materials; arranged in a systematic or methodical way; and individually accessible by electronic or other means.

A database is protected if the maker made substantial investment, whether human, technical or financial in obtaining, verifying or presenting the contents of that database. A database right would provide the exclusive right of copying or extracting data from the database.

Given these requirements, the second process may be protectable since it refers to the data being refined in a systematic or methodical way and individually accessible. However, the first process would not, since it is not arranged in a “systematic or methodical way” and it is doubtful that the third or fourth processes would, since they would not be “individually accessible” (rather, they are accessed when the dog exhibits certain behaviour).

What is the best strategy?

As well as the difficulties already discussed with enforcing patents, there may also be reasons not to seek patent protection for AI inventions in the first place, not least because a detailed patent specification can provide competitors with an easy means of copying the technology.

For that reason, trade secrets and copyright can often offer better protection as these forms of intellectual property avoid the need to meet the EPO’s inventive step requirements and confer protection without having to make a public disclosure by way of a patent application.

On the other hand, not patenting an invention could leave a company at risk of being sued under future patents filed by competitors, which means that CotBot could in fact sue DogAI. In this scenario, DogAI would need to have clearly documented its own development process to show that this had pre-dated CotBot’s patents, but even if this were a successful defence, DogAI may be precluded from developing its technology within the scope of CotBot’s patents.

Summary – it is a dog eat dog world

The example of DogAI hopefully goes some way to highlighting the complexities of protecting an AI device, but it is not all doom and gloom. There are a number of different options available for protecting intellectual property and, as in this example, a blend of different approaches will often offer the most comprehensive protection. By working with an IP professional in the early stages of development, companies such as DogAI can put in place effective IP strategies, which will protect their innovations in the long term.

@IAM_Alerts RT @AMorrisReports: I'm proud of this story on the 10-year anniversary of the America Invents Act. It's my first long-read feature on the I… Read more

@IAM_Alerts Open source is fundamental to crypto, so we must protect it, says Square counsel in exclusive IAM interview with… https://t.co/Ww5PpFoJcV Read more