ABB prevails in a private criminal prosecution in China 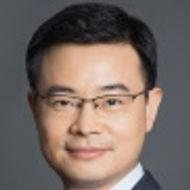 Earlier this year the Supreme People’s Court announced its top 10 exemplary IP cases of 2020. One of these is the private criminal prosecution brought against a counterfeit seller by ABB Asea Brown Boveri Ltd, a leading global technology company specialising in electrification, robotics and automation.

Under China’s IP enforcement regime, a criminal proceeding is usually initiated by the police – either through a direct raid action or by following up a case that was referred by an administrative enforcement authority. If the case meets the threshold for criminal prosecution, then the police refer it to the People’s Procuratorate, which carries out its own due diligence to assess whether the case merits prosecutorial action. If the procuratorate refuses to prosecute the offender, then the Criminal Procedure Law offers brand owners a remedial approach – private criminal prosecution.

Nevertheless, private criminal prosecutions have been fairly unusual in IP cases due to the high bar for evidence that is required.

In the ABB case, ABB filed a private criminal prosecution against an exporter Wuhu Teaton Electric and its owner Zhang, who attempted to export in May 2016 a large shipment of counterfeit ABB circuit breakers (165,480 pieces in total) to Libya. The shipment was intercepted by Wuhu Customs and in October 2016 the case was transferred to the local police for criminal investigation. In July 2018, the police wrapped up the investigation and presented its findings to the Wuhu Economic and Technological Development Area (WEDA) Procuratorate, which on 29 December 2018 decided against taking the case any further on the grounds that the defendants were merely acting as export agents and were unaware that the products were counterfeit.

In most situations, the procuratorate’s refusal to prosecute a case would be the end of the criminal proceeding. However, ABB refused to give up and filed a private prosecution before the Wuhu WEDA People’s Court.

On 30 December 2019, the court rendered a decision in which it found Teaton and Zhang guilty of selling goods bearing counterfeit registered trademarks, sentencing Zhang to three-and-a-half-year in prison and imposing fines of Rmb800,000 on Zhang and Rmb850,000 on Teaton. Both defendants appealed to the Wuhu Intermediate Court, which upheld the trial court’s decision on 10 April 2020.

The rulings made by the trial court and the appellate court in this case are very welcome. This decision showcases the complexity and difficulties that brand owners face in criminal enforcement actions against outbound counterfeit products. Even when Customs refers a case to the local police for criminal investigation upon intercepting counterfeit cargo, exporters pass the buck to overseas consignors and almost always emerge unscathed. Further, in cases where the police manage to gather evidence as to the exporter’s sale of counterfeits through arduous investigation and present these findings to the procuratorate, chances are still high that the procuratorate may conclude that the evidence does not reach the high bar of proof beyond reasonable doubt.

This decision could serve as a valuable reminder that brand owners can fall back on private criminal prosecutions should attempts to pursue public prosecution fall through.