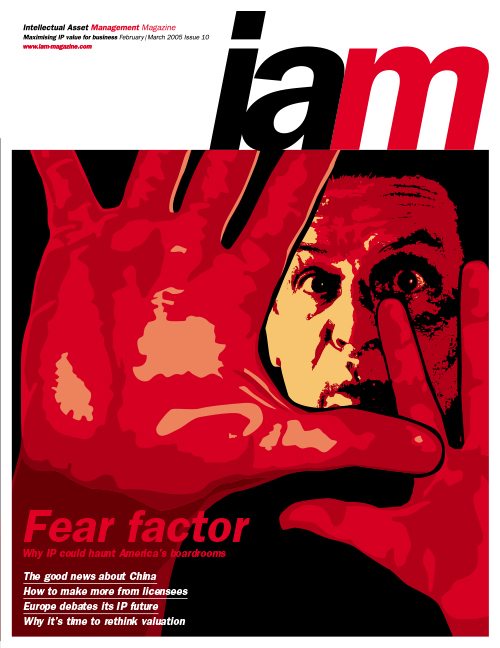 Why directors must take responsibility for intellectual property

Boards of directors in the US that leave IP decisions to management without
appropriate board oversight may unwittingly create substantial risk. In addition
to subjecting their company to potential litigation and liability, they may also
face significant personal exposure

Large patent portfolios fall victim topatents suits from small, independentasserters not because such peopleare “extortionists”, but because theportfolios they target are not as strongas their owners would like to think

A new patent regime for India

Mining for gold in these golden years

There are VCs out there who thinkthat spin-offs based on universitycreatedintellectual property are a bigdeal. But, in Europe at least, thereare not as many as there used to be

Headaches aplenty as the US grapples with reforms

It is sometimes all too easy to seethe US as a paradise for IP owners.But while things may be goodStateside, they are far from perfect.

The new year has begun with proposed Europeanlegislation on computer implemented inventions stalledyet again. This is testament to the highly effectiveefforts of anti-directive groups. If only they could seethey have identified the wrong opponent, Europe’scompetitiveness could be greatly enhanced

The first pan-European IP Summit, held in Brussels on 2nd and 3rd December2004, brought together senior representatives from industry, the law, policymaking and administration

Towards accurate and reliable IP valuation

No company can afford not to value the intellectual property it owns.But finding a way to get an accurate understanding of a portfolio of rightsremains a very tricky task

From patents to finance

Traditionally it has been difficult to obtain cost-effective and reliable valuationsof patents and patent portfolios. A new approach may just change this andbring major benefits to companies both large and small

Businesses that include proper contract language instructing a licensee howto calculate a royalty, and that have a proactive licensee monitoring programme,are best positioned to achieve higher royalty revenues at reduced monitoringcosts, without damaging business relationships

Bad news stories are all too common an experience for IP owners in China.But there is another side to the country as well. For those prepared to gobeyond the headlines and to invest in protection strategies, the Chinesemarket need not be a threatening one