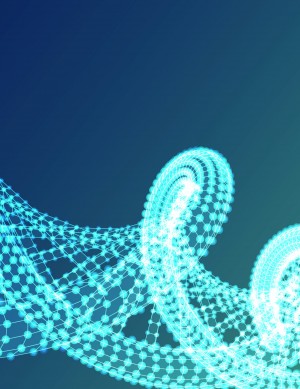 The key IP issues that entities operating in the pharmaceutical and biotechnology industries may confront as they develop and roll out their business strategies.

Williams & Connolly LLP
Inter partes review is a pathway established by the America Invents Act to permit challenges to patents before the United States Patent and Trademark Office’s Patent Trial and Appeal Board.
Michael Xun Liu, Jingyuan Luo and David I Berl

McAndrews
In the United States, the statutory requirements that determine whether an invention is patentable are codified in Chapter 35 of the United States Code (35 USC Sections 101, 102, 103 and 112).
Malaika D Tyson and Christopher P Singer

The next generation of the US pharmaceutical industry

Buchanan Ingersoll & Rooney
The pharmaceutical industry in the United States is in a constant state of evolution, not only with regard to technological innovation, but also in terms of patent and regulatory strategies covering those products in development and on the market.
Matthew L Fedowitz

OLIVARES
Mexico’s current legislation regarding cannabis use is the result of several legal actions. More than five years ago, the first legal actions regarding the prohibition of cannabis use were filed by the authorities, pushing towards a specific legal framework.
Ingrid Ortiz

NLO
The Boards of Appeal recently decided that Rule 28(2) of the European Patent Convention (EPC) is in conflict with Article 53(b) of the EPC and that the article prevails over the rule under Article 164(2) of the EPC.
Bart Swinkels and Stijn van Dongen

Clinical trial disclosures – an obstacle to patentability in Europe

COHAUSZ & FLORACK
Innovative pharmaceutical companies are faced with a dilemma when seeking patent protection at the European Patent Office for novel medical use or compound claims.
Natalie Kirchhofer, Arwed Burrichter and Simon Müller

Liu Shen & Associates
Inventiveness has become an increasingly tough issue for patent practitioners in the chemical and biological fields in China. More and more weight is being given to the experimental data described in the original specification.
Guojun (Jason) Liu and Zongliang (Stephen) Zou

LexOrbis
The life sciences have expanded in all fields of technology, leading to the creation of one of the most complex systems of our time. The discipline of life sciences is no longer a standalone subject; it is an ever-evolving dynamic domain rapidly expanding and merging with other subjects.
Pradeep Kumar Kamal

BRANN AB
IP strategy is a living creature – formulating a strategy at one point in time is all very well, but the market and competition will not remain idle. Players that did not exist when an IP strategy was first formulated may suddenly appear and the new market will need to develop to keep pace.
Camilla Lidén, Ann Danared and Annika Kilander