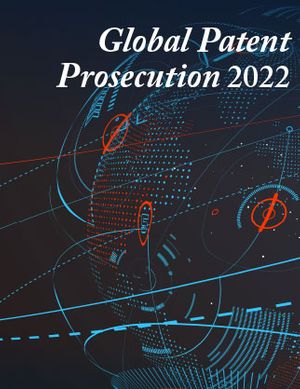 Patent Prosecution is an indispensable reference tool for IP owners, providing an overview of the hottest issues they should be aware of when securing effective patent protection in key markets around the world.

Gorodissky & Partners
IP rights, among other fundamental human rights, are introduced by the Russian Constitution and further detailed in Part IV of the Civil Code as the main civil rights legislation source (revised August 2021).
Viktor Gorshkov and Alexander Vladimirov

Managing your patents as an asset, not a cost

Haley Guiliano LLP
The ‘what?’ is the protection of commercially valuable knowledge.
Andy Hilton and Peter Hale

HGF Limited
In common with many patent offices around the world, some inventions that are implemented in software may be patented before the EPO.
Chris Benson and Bernhard Ganahl

Reinhold Cohn Group
Patents are governed by the Patents Law 5727-1976, as well as by various regulations relating to patents.
Tamar Morag-Sela