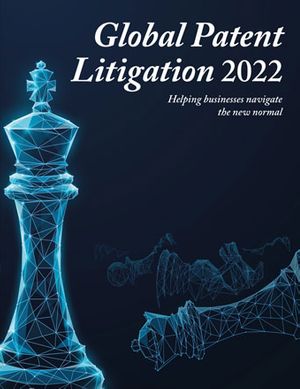 For readers with a special interest in SEP and FRAND licensing matters, the Global Patent Litigation Guide is a treasure trove. We present dedicated SEP litigation articles covering the United States, China, Germany and Europe generally. That covers the bases of where the most important developments in the most important current FRAND cases are playing out today.

Frand history in the European Union

COHAUSZ & FLORACK
A FRAND case is a patent infringement casebased on an SEP.
Gottfried Schüll

Folio Law Group
A patentee that wishes to most effectively enforce its portfolio can often choose from forums across the United States and worldwide.
Steve Skelley and Joseph M Abraham

Kuhnen & Wacker
Today, it is impossible to imagine life or business without a computer – whether it is an electronic wristwatch, a food mixer or a mobile phone.
Michael Zeitler

Using the PTAB as part of a successful defensive strategy

Law Office of KRAdamo
Approximately 85% of patents challenged in a post-grant review proceeding at the USPTO PTAB are involved in co-pending litigation.
Ken Adamo and Eugene Goryunov

How to defend your patents at the PTAB

Panitch Schwarze Belisario & Nadel LLP
Since their introduction in September 2012, inter partes reviews and post-grant reviews have been extremely popular vehicles for challenging a US patent.
Erin M Dunston and Stephen E Murray

Wildanger Kehrwald Graf von Schwerin & Partner mbB
In the past 12 months, the case law of German courts regarding the FRAND defence has developed significantly and strengthened the position of SEP owners in the wake the of the first Sisvel v Haier (KZR 36/17) Federal Court of Justice judgment on 5 May 2020.
Jasper Meyer zu Riemsloh , Soenke Fock and Peter-Michael Weisse

Kasznar Leonardos
Patent infringement is both a criminal offence and a civil tort.
Rafael Lacaz Amaral and Claudio Barbosa

Zhong Lun Law Firm
Courts remain the primary avenue through which to enforce patents in China where damages and injunctions can be ordered; however, administrative enforcement before the local IP bureau is swiftly gaining popularity.
Ping Gu , Yuanyuan Jia and Chao Ma

IPSIDE
The best way for patent owners to enforce their patent rights is to proceed before the firstinstance civil court in Paris, which has exclusive jurisdiction in France in patent litigation. Proceeding before the criminal courts is possible, but rarely recommended.
Gwendal Barbaut and Thierry Caen

COHAUSZ & FLORACK
The ‘silver bullet’ for patent owners is an infringement action on the merits, filed with one of the top German courts for patent infringement (ie, Dusseldorf, Mannheim or Munich).
Gottfried Schüll

Dr Helen G Papaconstantinou and Partners Law Firm
The first and quickest way of acting against an infringer is to request a temporary restraining order. This will be granted if the petitioner proves the existence of a prima facie serious infringement as a matter of exceptional urgency.
Maria Athanassiadou

Danubia Patent and Law Office LLC
A patent owner may enforce its rights by filing a civil lawsuit or a request for preliminary injunction.
Árpád Pethő and Eszter Szakács

LexOrbis
Patent owners can best enforce their rights by approaching the courts when seeking permanent injunctions and damages against infringers.
Manisha Singh and Varun Sharma

GLP Intellectual Property Office
Patent owners in Italy may fi le a lawsuit against an alleged infringer and begin proceedings on the substance of the case.
Davide Luigi Petraz , Daniele Giovanni Petraz and Davide Pilati

Anderson Mōri & Tomotsune
The most common way to enforce a patent in Japan is through litigation in court.
Ryo Murakami , Nobuto Shirane , Masayuki Yamanouchi and Miki Goto

Patentree
In Portugal, administrative and judicial actions are available to patent owners, although most patent infringement cases are dealt with through civil suits.
Luis Ferreira and Anabela Teixeira de Carvalho

Rentsch Partner Ltd
In case of an existing or imminent infringement, the patent owner may ask for injunctive relief (Article 72 of the Patent Act).
Andrea Carreira , Christian Hilti and Demian Stauber

Moroğlu Arseven
The most eff ective way for a patent owner to enforce its rights is to initiate an infringement action against the alleged infringers before the specialised intellectual and industrial property rights civil courts.
Işık Özdoğan , Gökçe İzgi and Merve Altınay Öztekin

HGF Limited
The Patents Court (part of the Business and Property Courts of the High Court) is the primary route for patent enforcement in the United Kingdom, with the Intellectual Property Enterprise Court (IPEC) able to hear shorter, lower value, less complex patent actions.
Rachel Fetches and Yael Shalem Givon