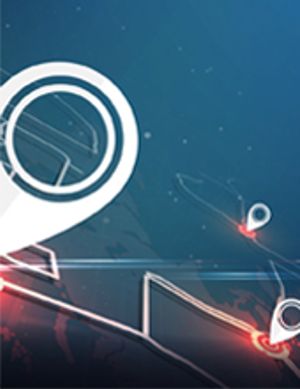 Patent pools under the microscope

COHAUSZ & FLORACK
A patent pool is a joint licensing programme enabling one or more licensors to license a plurality – a pool – of patents to a plurality of licensees.
Gottfried Schüll

LexOrbis
In the past two decades there has been a boom in the consumer electronics market in India, particularly in relation to telecoms.
Manisha Singh and Varun Sharma

McAndrews, Held & Malloy Ltd
Patent litigation is a costly endeavour. If executed correctly and with adequate preparation, it can lead to a windfall verdict or a recurring revenue stream through licensing, or it can disrupt a competitor’s business through injunctive relief.
Scott P McBride and Michael J Carrozza

Pinsent Masons LLP
Supplementary protection certificates (SPCs) extend the protection conferred by a patent to an approved medicinal product by up to five years (plus a further six months if a paediatric extension is granted).
Charlotte Weekes , Nicole Jadeja and Jules Fabre

Wildhack & Jellinek Patentanwälte
Filing a civil lawsuit is the most frequent route taken to enforce IP rights in Austria. In civil matters, actions and requests for regular and interim injunctions based on alleged infringements may be brought (exclusively) before the Vienna Commercial Court.

Kasznar Leonardos
Patent infringement is both a criminal offence and a civil tort.
Rafael Lacaz Amaral

Beijing Sanyou Intellectual Property Agency Ltd
First, patent owners should have a stable patent. It is advisable to conduct a patent-stability analysis before initiating a lawsuit.
Jian Chen

COHAUSZ & FLORACK
About 1,000 infringement actions on the merits are filed before German venues each year.
Gottfried Schüll

Dr Helen G Papaconstantinou and Partners Law Firm
The first and quickest way of acting against an infringer is to request a temporary restraining order. This will be granted if the petitioner proves the existence of a prima facie serious infringement as a matter of exceptional urgency.
Maria Athanassiadou

Danubia Patent and Law Office LLC
A patent owner may enforce its rights by filing a civil lawsuit or a request for preliminary injunction.
Árpád Pethő and Eszter Szakács

GLP Intellectual Property Office
Patent owners in Italy may file a lawsuit against an alleged infringer and begin proceedings on the substance of the case.
Davide Pilati , Daniele Giovanni Petraz and Davide Luigi Petraz

Anderson Mōri & Tomotsune
The most common way to enforce a patent in Japan is through litigation in court.
Ryo Murakami , Nobuto Shirane , Masayuki Yamanouchi and Miki Goto

Patentree
In Portugal, administrative and judicial actions are available to patent owners, although most patent infringement cases are dealt with through civil suits. Customs intervention can be sought in order to prevent the import of infringing goods.
Luis Ferreira and Anabela Teixeira de Carvalho

Ström & Gulliksson AB
In Sweden, a patent right is best enforced by initiating court proceedings at the Patent and Market Court on the alleged infringement.
Rikard Roos and Björn Andersson

Rentsch Partner Ltd
In case of an existing or imminent infringement, the patent owner may ask for injunctive relief (Article 72 of the Patent Act).
Andrea Carreira , Christian Hilti and Demian Stauber

Tsai, Lee & Chen Patent Attorneys & Attorneys at Law
Collecting evidence – unlike in the United States there is no discovery procedure in Taiwan, so the patentee must collect evidence itself by making a sample purchase, notarising the infringer’s website and collecting information regarding infringing products
Crystal J Chen and Nick JC Lan

Moroğlu Arseven
The most effective way for a patent owner to enforce its rights is to initiate an infringement action against the alleged infringers before the specialised intellectual and industrial property rights civil courts.
Işık Özdoğan and Merve Altınay Öztekin

HGF Limited
The Patents Court (part of the Business and Property Courts of the High Court) is the primary route for enforcement of patents in the United Kingdom, with the Intellectual Property Enterprise Court (IPEC) able to hear shorter, lower value, less complex patent actions.
Rachel Fetches