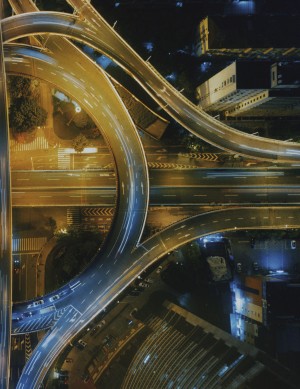 Exploring the issues facing IP owners in China as they seek to secure, protect and commercialise their rights.

Wanhuida Peksung IP Group
China is planning to revise its Trademark Law for the fourth time. The previous revisions took place in 1993, 2001 and 2013. Fewer than five years after the last revision, the government is aware that there are still issues that need to be addressed.
Paul Ranjard and Huang Hui

Panawell & Partners LLC
It is paramount in a patent examination to determine whether an invention involves an inventive step. According to Article 22.3 of the Patent Law, to show the inventive step of an invention compared with the prior art, the invention must have prominent substantive features and must represent notable progress.
Sophie Chen

Vivien Chan & Co
As the world’s second-largest economy and with a population in excess of 1.3 billion, China represents huge potential for many international brands. However, it is also the case that the infringement of IP rights has caused internationally well-known brands to suffer setbacks when exploiting the Chinese market.
Ann Xu and Anna Mae Koo

AFD China Intellectual Property Law Office
The Patent Law grants patentees the right to indicate on its patented products or packaging that patent protection is in place. In practice, patent marking is not compulsory and is no guarantee that compensation will be awarded in patent infringement cases.
Xia Zheng and Mengmeng Yu

Order of discovery for profits from patent infringement

Beijing Wei Chixue Law Firm (Linda Liu Group)
China has no discovery system and applies the ‘burden of proof’ principle to be borne by the claimant. As a result, the plaintiff usually bears the heavy burden of proof. The plaintiff must prove the existence of the alleged infringement and prove the rights holder’s losses or the infringer’s profits obtained from the infringement.
Sai (Jie) Chen and Sai (Jie) Chen

Keys to success in trademark litigation

How to prove well-known trademark status in China

Beijing Hengdu Law Firm
Foreign clients may meet with some confusion regarding the applied criteria of evidence types for proving well-known trademark status in China. The most typical cause of confusion is the kind of evidence that is required by the judicial and administrative authorities.
Fengtao Jiang, Sarah (Hongmei) Yuan and Wen Zhong

CCPIT Patent and Trademark Law Office
In China, while patent infringement disputes are usually dealt with by the People’s Court, the determination of patent validity is within the exclusive jurisdiction of the China National Intellectual Property Administration (CNIPA, known as the SIPO prior to August 2018).
Ji Liu, Xinxin Wei and Yue Yuan