The 2015 inductees into the IP Hall of Fame are revealed

“This is a great honour, indeed. I have known several of the inductees for many years, and have long been familiar with the contributions of virtually all of the others. I couldn't hope to be in better company!”  Paul Goldstein

"It really goes without saying that this is the most stupendous honour and I feel quite overwhelmed.  It is amazing to me that I am about to join a club, which is home to so many illustrious names.  I should tell you that my bemused wife still can’t believe her husband is going to be inducted at the same time as Nikola Tesla.  Her husband can’t either!

I have always believed that lawyers should be facilitators as much as gatekeepers to intellectual property.  I have written many academic treatises and articles but the work I found most rewarding is a how-to-book I wrote for non-lawyers called “From Edison to Ipod.”  It was also the most difficult writing assignment I have ever had because I tried to get rid of opaque legal language – and we lawyers do like our legal jargon – and to “democratise” the language of intellectual property law – so to speak. The idea was to make intellectual property accessible to those who need it.  There are so many people in the ordinary walk of life who are creative and entrepreneurial these days and I feel strongly that the man in the street should have a sound understanding of what his rights are and how they should be protected." Frederick Mostert

"Our increasingly interconnected world brings together creators and competitors, entrepreneurs and consumers, judges and administrators, pirates and parasites. We can't escape each other and, if we only listen, each of us has something to teach the others. I'm so thrilled to have been part of this teaching process and I'm proud to be part of the intellectual property community, a community which has given so much to so many people despite its diversity and the challenges of constant change".  Jeremy Phillips

It is hard to think of an innovator who has had more real impact on our world than Nikola Tesla.  He is truly the father of the entire world's electrical backbone.  His approach to generating, transmitting, and deploying electrical power proved to be the most practical and efficient, so much so that the system he created remains the global standard essentially unchanged to this day.  In very real ways Tesla's work paved the way for the miracles we enjoy in the 21st Century.

This year’s inductees will be honoured at a gala dinner being held in San Francisco this June during IPBC Global. 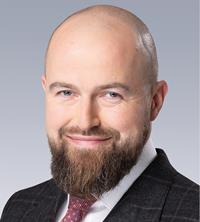